How To Prune Crape Myrtles

First off, full disclosures about my reservations on this topic:  Landscapers and homeowners can become targets for abuse when they fail to hew the line on the “proper” way to prune “crepe” myrtles or Lagerstroemia indica.  Beware.  Apparently we southerners are likewise targets since we’re prone to both misspell the plant’s name (it’s not crepe myrtles; see, this is risky territory) as well as commit “crepe murder” with our shears.  Also, the crape myrtle’s adaptability to the New World means that when the most common sizes get too tall, they are whacked off at the most convenient height for the murderer holding the shears.  And, these wonderful specimens come right back, but not the way finer horticulturalists prefer.  The final concern is my own inability to research information on smaller varieties or hybrids which may require little pruning when used as a hedge or single specimen.  Lagerstroemia indica can range in height from two to 30 feet.  The best approach, of course, is to choose a variety that will not outgrow its site, so check that out before you buy.  And as for the dispute about the common name, the North Carolina State Extension has this simple solution:  “Crepe myrtle is the preferred common name in the south.”  N.C.State Ext.

My reservations lead me to note that one virtue of crape myrtles is their beauty in winter.  The exfoliating bark produces lovely patterns of gray, cream, and tan on the curving trunks that can dress up a drab winter scene.  Hence, careful consideration of pruning  can pay dividends both for the late summer blossoms and for an eye-catching deep winter display.   The traditional criticism about pruning is that chopping the trunk to control its height will result in unsightly “knobs” and loss of the graceful vase shape so prized by many.  However, here’s my heresy: tastes vary and circumstances sometimes require compromising a plant’s ideal form in order either to save money or to keep its valuable blooms. 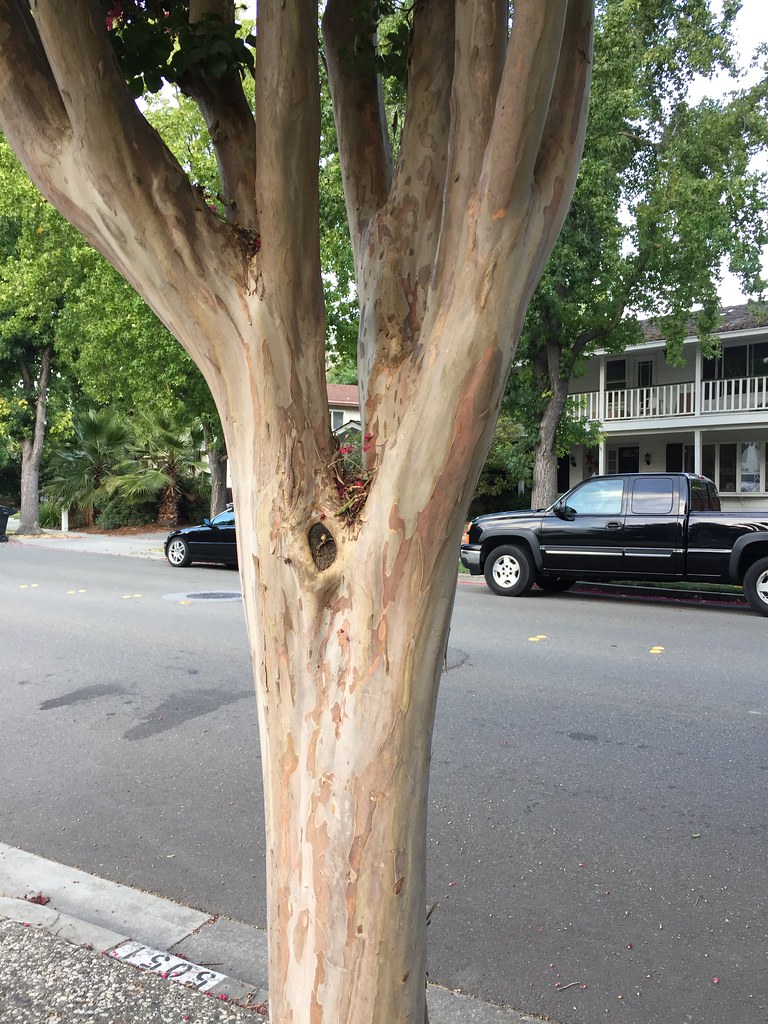 In general, the goal is to produce a small tree with one, three, or five trunks — but, see below for alternatives.  An odd number of a few trunks will result in the combination of stems that show off the bark and the flowers with spectacular color.  If possible, choose a plant in the nursery according to the mature height and blossom color desired; and begin pruning the trunk(s) while the plant is young.  Prune in winter or early spring.   Some plants do well with alternate-year pruning, and some rarely need pruning.  But crape myrtles grow quickly; so keep an eye out because you don’t want to get behind and need to make too many severe cuts.  Since blooms appear on new growth, you can stimulate larger blooms for that vase on the table by reducing the number of sprouts of new growth.   Suckers or sprouts inevitably spring up from the base.  These can be broken off by hand during the growing season or snipped when you are pruning. 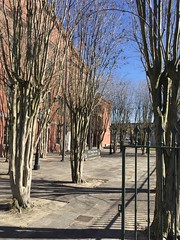 The photo at left shows trunks shortened to about head height and leaving knobs. The practice of cutting stems back to a particular height rather than pruning back to a bud, side branch, or main stem is called “topping.”   Aside from altering the appearance, topping any tree leaves it vulnerable to pests and disease.  In crape myrtles, the abundant shoots in spring are not firmly attached and may drop off when heavy blossoms appear.  These are the hygienic arguments against topping, although the hardiness of Lagerstroemia indica often overcomes the risk.

As always, dead or diseased branches should be removed.  Any crossing branches should be cut out to prevent rubbing, which leaves an opening for disease.  Thinning of the crown allows better air circulation and a better spread of blossoms.  For an extensive discussion of disease, pruning, and varieties of crape myrtle, see Sue Martin’s “Crape Myrtle – A Southern Icon” in the June 21018 issue of The Garden Shed, pmg.org/June 2018  or the article on choosing the right crape myrtle at Clemson Ext. or the Crape Myrtle Fact Sheet at Clemson Extension Home & Garden Information Center (HGIC).

The mature size of the cultivar and the desires of the homeowner can shape the ultimate goal when pruning.  Below are some samples of different possibilities.  Shorter crape myrtles may function more as a spreading shrub than a small tree as can taller specimens as shown in the first image.  A spreading shrub will require many more short stems.  One marked advantage of the smaller cultivars is that they can be pruned without ladders. 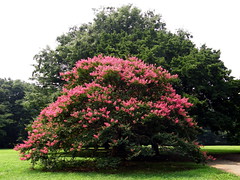 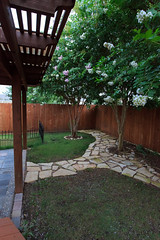 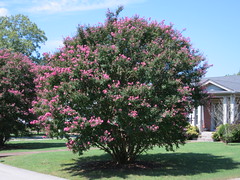 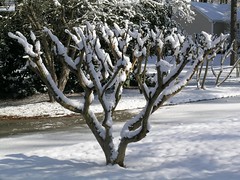 For a more humorous, yet informed discussion, try the Grumpy Gardener from Southern Living at Crepe Myrtle Pruning Step-by-Step.    As for people who “know best” about pruning, they could drop the accusation of crimes committed out of ignorance or necessity.  This might open the way for learning less defensively.  Or, the real southerners could reply in our sweetest drawl, “I know, dear….”

2. IFAS Ext./Crapemyrtle Aphid offers the perspective of a warmer climate where aphids are a persistent problem.

3.  piedmontmastergardeners.org/The Garden Shed, which features “A Pruning Primer”  and has a comprehensive discussion of pruning guides and tools for many shrubs and trees.

4.  N.C.State Ext./Plant Toolbox/ Lagerstroemia indica, which lists a number of cultivars and their mature heights.

Not all pesticides are the same.

A native shrub whose medicinal properties have been recognized since ancient times and whose wines and jellies are much loved as well.

Streptocarpella: The Houseplant That Flowers All Year

And puts on a summer show on your deck or patio

March in the Vegetable Garden

Climate change has moved our final frost date to mid-late April, so now March is the time to get our cool weather crops in the ground.

How To Prune Crape Myrtles

Landscapers and homeowners can become targets for abuse when they fail to hew the line on the 'proper' way to prune Lagerstroemia indica.

Tasks & Tips for March in the Ornamental Garden

A Big Thank You to Garden Shed Survey Respondents

By The Garden Shed

And we plan to use your input.